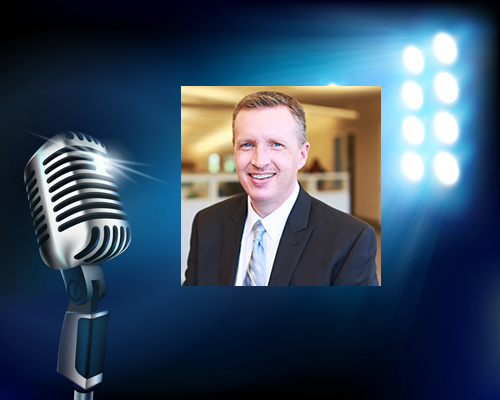 Kevin Lowry is a convert to Catholicism and the son of a former Presbyterian minister. He and his wife Kathi met at Franciscan University, where they discovered the richness and beauty of the faith. After spending time as spiritual nomads, the couple met Scott and Kimberly Hahn, and faced the inevitable. They entered the Catholic Church at Easter Vigil, 1992.

Kevin and Kathi have eight children and live in the Columbus, Ohio area. Kevin was with a large CPA firm for many years before taking on various executive roles, including serving as Chief Operating Officer of The Coming Home Network International, an apostolate that assists non-Catholic clergy and laity on the journey to the Catholic Church and beyond. Kevin continues to work with CHNetwork as its Treasurer and in a consulting role, while serving as Chief Financial Officer for RevLocal, a rapidly growing digital marketing company.

Kevin and I recently had a chance to discuss his latest book How God Hauled Me Kicking and Screaming Into the Catholic Church. Read my review of the book here.

PETE:  As a fellow convert I find it interesting to hear the conversion stories of others. What drew you to write How God Hauled Me Kicking and Screaming into the Catholic Church?

KEVIN LOWRY: I felt compelled to share the incredible joy that is the gospel – despite having spent years trying to run in the opposite direction. I absolutely love being Catholic! It has made sense out of everything in my life. It hasn’t made things easier, mind you, but I have found fulfillment in ways I never expected.

I also wanted to write a book that would encourage Catholics, and at the same time be accessible to those who wouldn’t normally pick up a Catholic book – including skeptics, fallen-away Catholics and non-Catholic Christians. My conversion caused a radical transformation of every aspect of my life – and for that I’m incredibly grateful. Yet I was really resistant, especially early in the journey – I really was dragged kicking and screaming many times along the way! I thought my Catholic friends were nuts.

My discovery of the truths of the Church came as a shock, and the process took a looooong time. That’s why I included the second part of the book, describing several “stumbling blocks” that people tend to get hung up on – such as confession. I get why people think it’s unnecessary, or even sacrilegious. But I’ve attempted to illustrate why the Church’s take actually makes sense, and how confession is a powerful source of grace with hugely practical, positive consequences for our lives.

PETE: To write about one’s conversion takes a certain amount of bravery. After all you are leaving some potential dirty laundry hanging so-to-speak. How hard was this project for you?

KEVIN LOWRY: Yeah, I felt pretty vulnerable telling some of the stories in the book. Yet I wanted to draw readers in through the stories and keep them engaged to read about the stumbling blocks.

Even more so, I wanted to provide a sense of hope to fellow sinners – that God can and does use our missteps, stupidity, and even sinfulness to draw us closer to Himself. The crux of conversion, at some level, is recognizing the love and mercy offered to us by God. It’s sufficient for all of us, and it changes everything. So even though I look back with regret on some of the dumb things I did as a young man, if the story inspires even one person, it’s worth it.

Think of the ripple effects of conversion! Despite all the bad things going on in the world that we can all point to, conversion causes us to participate in God’s very life – both now and in eternity. So despite my misgivings about the dirty laundry hanging out there, I have great confidence that God can use it all for His glory. Besides, I haven’t lost any friends yet!

PETE: Two-part question. In brief, as I know the full details are in the book. This is for those you have yet to read it. What drew you to the Church and what keeps you there?

KEVIN LOWRY: I was drawn to the Church by God, acting through ordinary events and people such as my parents, who have prayed for me throughout my life. I’ve been told that I did a great job picking my parents – my mom is a warm, enthusiastic, caring person, and my dad is an incredibly smart and faithful guy. He was a Presbyterian minister, academic (Ph.D. in business) and through an amazing confluence of circumstances, my parents sent me to Franciscan University in Steubenville – twice (I got kicked out the first time around).

The tipping point in my conversion was having to take a course that was all about an encyclical called Humanae Vitae. It dealt with birth control, and I felt completely insulted – until I had to learn the material well enough to pass the class. Then my dad had the opportunity to meet Pope John Paul II in a private audience at the Vatican. Then my friend Scott Hahn gave me a rosary, and I began praying it. Whew, what a ride. There’s a lot more to it, of course… so I invite your readers to pick up the book!

What keeps me in the Church? That’s easy. To quote St. Peter, “Lord, to whom shall we go? You have the words of eternal life.” (John 6:68) Being Catholic is the toughest way to be a Christian – but it’s also the most rewarding, by a long shot.

I spent years trying to remake God in my own image – acting as judge and jury on every issue, choosing how I should believe and how I should act. In becoming Catholic, I discovered that I had it backwards. I need to conform myself to God, not the other way around. The Church, I have come to see, offers the surest way we can approach Him in humility and be transformed through the sacraments. And if God created the sacraments for our benefit, we need to embrace them with everything we’ve got.

PETE: By telling your conversion story, what do you hope people walk away with?

KEVIN LOWRY: Inspiration. I hope that this book acts as a catalyst for conversion – whether it’s that initial crack in the door, or encouragement to deepen an already intimate walk with Christ. My fervent prayer is that the Holy Spirit uses the book to touch hearts.

KEVIN LOWRY: The Joy of Full Surrender by Jean-Pierre de Caussade. I’m not really smart enough to understand it all, but it’s an amazing book. Champions of the Rosary by Fr. Donald Calloway, who I met for the first time recently. He was a rebellious kid too, so we get one other. Autumn Meditations by Fr. John Bartunek, which I read recently, was tremendous. A couple years ago, I read the manuscript for my dear friend Fr. Alfred McBride’s autobiography, All I Own I Owe – and now I want to read the final book that resulted.

I’m also privileged to be on the Board of Our Sunday Visitor, so my reading list from them runneth over. Little Sins Mean a Lot by Elizabeth Scalia is at the top of that list. Books really do change our lives!