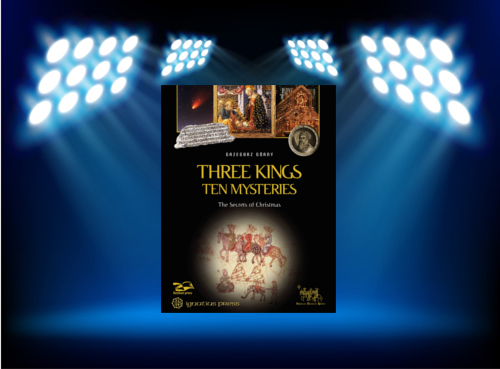 Grzegorz Gorny reveals the hidden story behind the Epiphany in his new book Three Kings, Ten Mysteries: The Secrets of Christmas and Epiphany

. Anyone with a keen observation is well aware that the story of the Magi is only briefly touched upon in the Scripture. The story of the Three Kings is based upon a single reference in the second chapter of the book of Matthew. Their appearance is brief yet filled with symbolism.  However, this briefly covered event in the New Testament often leads people to wonder, did it happen?

To explain and detail the story of the three kings, Gorny presents the following ten mysteries:

This compelling read comes in at 167 pages. However, that is not complete reading material. A large portion of the book is filled with some beautiful photos of Holy Land sites and relics. This is a great addition to the book and adds a sense of closeness to the topic allowing readers to be transported through time to the birthplace of Jesus. Whether we call them the three kings, the Magi or the three wise men our exposure to them used to be limited to a few short verses. Grzegorz Gorny has drawn the curtains of history back from the mystery of the Magi in a compelling read.