Skip to content
Home/2017/CBB Review – Will Wilder: The Relic of the Perilous Falls
Previous Next

CBB Review – Will Wilder: The Relic of the Perilous Falls 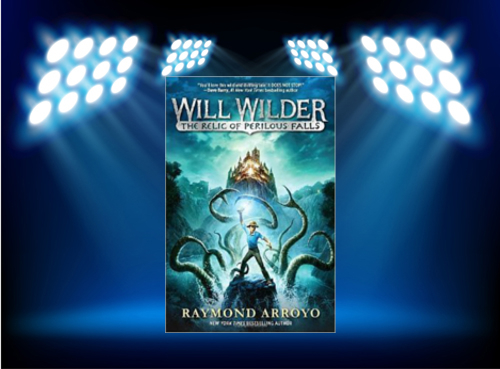 Last March well-known EWTN host Raymond Arroyo released a book that some, including myself, were not expecting. We have come used to seeing Raymond pen books about and with his dear friend Mother Angelica. This book, however, was a new territory for Raymond and even an entirely new target audience. The book is entitled Will Wilder: The Relic of Perilous Fallsand is aimed at those in the pre-teen to the teenage bracket. The book has received much praise and has been well-received.

In addition to the targeted age group, plenty of adults have picked up the book and dived right in, getting as much enjoyment out of this tale as the younger crowd. My daughter Katie (17) has recently finished spending some time with Will Wilder, and her review is below. Another point to consider is that the fun and adventure does not end here. The second Will Rider book, The Lost Staff of Wonders

Will Wilder: The Relic of Perilous Fallsis an amazing read by Raymond Arroyo that captivates its readers from the first to the last page. Arroyo brings the realities of the demon world and the threads of fantasy and winds them together to create a book that excites.

Will Wilder was a normal boy, but after an incident at his younger brother’s birthday party, Will’s life is changed drastically. His Aunt Lucille’s father was the famous Jacob Wilder, who acquired the Relic of St. Thomas. This relic possesses magical healing powers. Hoping to the right the wrong he caused at the party, Will breaks into the Church to “borrow” the relic with his friends. Unfortunately, the relic falls into the hands of the demons, and Perilous Falls is thrust into grave danger! Will must face the demons to save Perilous Falls and his family from the terrible threat.

Raymond Arroyo has truly created an amazing book – a story similar to that of the Percy Jackson series, but this book is filled with faith and truth. Arroyo’s captivating tale with its nonstop action and likable hero Will Wilder will keep readers on the edge of their seats from the very first page to the very last. Will Wilder: The Relic of Perilous Falls is a true masterpiece – adding faith and fantasy to the truth of demons and the world.