Skip to content
Home/2017/When We Were Eve
Previous Next

When We Were Eve 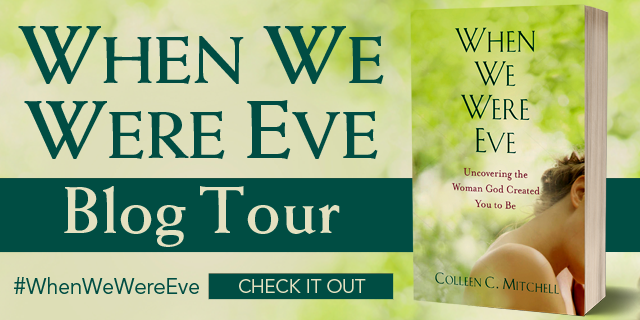 Does anyone reading this blog remember the “Enjoli” commercials for which the actress/spokeswoman sang “I can bring home the bacon…Fry it up in a pan…and never, ever let you forget you’re a man! Cuz I’m a wooommmannnn – Enjoli” If you don’t know this commercial, look it up on YouTube.  I bring that up because that will tell you the image I grew up with as the role model for womanhood.  While the images today are not much different, had wonderful books such as When We Were Eve by Colleen Mitchell been on my book shelf over the last four decades I might have been spared some grief.  More and more books are getting published today that really explain what being a woman is all about and, so I urge you, if you are experiencing any irritation in your heart, to pick this book up for a good, thought-provoking experience.

Much of what Colleen presented in her book I have learned in the past 10 years as a member of Catholic home schooling support groups and a tutorial.  The devout women I am around consistently live and breathe what Colleen discusses, but that is not to say that I didn’t take away some startling insights.  Colleen takes us back to when God made man and then woman. She peels away the story in Genesis word by word letting us soak in the images that the Creation story evokes.

As Colleen discussed the point where Eve takes the apple she touched on something that resonated with me. “Eve was wooed into sin by the lie that what she had and who she was as God had made her was not enough, and by her desire to have and be more. It was Satan’s promise that the apple would make her more that thrust Eve into a spiral of desire that clouded her Eden instinct and left her prey to sin. Adam, on the other hand, in responding to Eve’s offer of the apple, is not wooed into sin by her, but by his own greatest doubt and desire, which is whether it is enough to be dominant in all of creation and still dependent on God, or whether his desire for total domination without dependence is the real victory. In taking the apple from Eve, Adam allows his Eden instinct to be clouded by his desire to objectify creation and his fellow human so that he alone can rule over them.”

I don’t know about you, but I am always wondering if I am enough, do enough, smart enough, devout enough, as so on and so forth.  When We Were Eve is a book which will cause you to dig deeper than you may have ever dug before and so, I highly encourage you to pick it up and give it a go. Better yet, grab some girl friends and take the journey back to Eden together.  Enjoy!